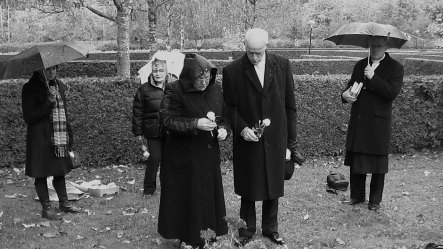 Hector is alive in Heaven

Av Winther - juni 12, 2009
Jesus said, "Let the little children come to me, and do not hinder them, for the kingdom of God belongs to such as these. I tell you the truth, anyone who will not receive the kingdom of God like a little child will never enter it." (NIV luk 18:16) "The baby is in Heaven", says big brother Lucas, four years old, and his little sister Victoria two years old repeats "Baby eaven!" Hector was only alive here on earth for 16 weeks. He spent those weeks inside the womb of his mother and died a couple of weeks before he was born a rainy day June 12 of 2009. He was perfect and had inherited his fathers hands and his mothers feet and legs. He had a dimpled chin just like his big brother Lucas. He was named Hector Martin Emmanuel Winther by the reverend of the hospital. Hector means steadfast. Hector was the great and most noble fighter of the Trojan War in which he died a heroes death. Martin means warrior and Hector's grand-grand-father is bearer of th
Läs mer